The Beginnings of an Entrepreneur Adventurer

Carl Lutz was born on March 30th, 1895 in a small town, in the east of Switzerland, Walzenhausen. His family was Methodist and deeply religious. Very quickly he realized that his future was not to be in Switzerland. At the age of 18, he decided to emigrate to the US.

He followed classes at the college of Warrenton to become a pastor.   Very soon, he realized that he was not  set up to become a pastor. He looked for a summer job and an opportunity occurred at the Swiss Legation of Washington, where his presence was noticed by  Ambassador Marc Peter, who encouraged him to study the Diplomacy at the prestigious George Washington University. He graduated in 1924.

For  the next 10 years, he will move from one Swiss Consulate to another in the United States.

In the US, he met his wife, German Swiss as well, Gertrude Frankhausen. They will marry in 1935.

The period 1935-1940 will be a key one which will certainly explain the later behavior of Carl Lutz in Budapest. In January 1935, he was appointed to the Jaffa Consulate in Palestine, which was at that time under British Administration.

Creation of a diplomatic protection system in Budapest

In December 1941, Lutz is summoned by the Head of the Foreign Interest Department to  lead this service in Budapest. Lutz will be in charge to represent 12 countries, among them United States and United Kingdom. He is promoted Vice-Consul.

At that time, The British had edited White Papers allowing 75,000 European Jews to emigrate to Palestine from 1939 to the end of 1944. As a representative of the UK, Carl Lutz was in charge of the administration of this White Papers.

On  March 19th, 1944, everything changed with the invasion of Hungary by Germany, who feared that Regent Horty might change side, like Italy  did. With the arrival of Adolf Eichmann, the Anti-Semitic laws were now raging in the country, including yellow star, yellow star houses seizure of properties, border closures, random arrests, etc…

At this very moment, according to the White Papers, Lutz has a list of 7,800 people allowed to emigrate to Palestine.

The truth is that those 7,800 Jews will never leave Budapest before the end of the war, but Lutz will leverage that number in his discussions with the Nazis and different Hungarian departments to save half of the Jewish population of Budapest.

Lutz decided to issue letters of protection (“Schutzbrief”) to those 7,800 Jews. Those letters stipulated that the holder has been authorized to emigrate to Palestine and meanwhile was “under Swiss Protection”, preventing them to be called for Forced  Labors or eventually deportation.

Very quickly, several series from 1 to 7,800 started to circulate around Budapest. Thanks to his relationships with the Germans, who remembered Lutz did such a good work when he was representing the German Interest in Palestine and thanks to his talented skills to negotiate with the Hungarians, Lutz obtained the authorization to put under Swiss Protection 76 houses (Safe Houses) in a single street (Poszonyi Ut.). All those buildings were marked with a Diplomatic Plate, so they were automatically under Diplomatic Protection.

The embankment on the Danube next to the safe houses has been named Carl Lutz in memory of his actions.

Disobedience to save lives

To bypass the ban from the Swiss Foreign Minister to issue Identity Papers to those Jews, Carl Lutz decided to register them onto several Collective Passports, each of them with 1,000 names. Those Collective Passports stipulated that each registered person was a Swiss Citizen.

Carl Lutz divorced from Gertrude in 1946 and will marry Magda Grausz, a Jewish woman who came to him in April 1944, asking for his protection for her daughter Agnès, who now lives in Bern.

Carl Lutz, without having been sanctioned by his administration, remained very affected by the behavior of his seniors and went into depression for several months. He continued working for the Swiss Administration for 10 years and was then appointed consul again in 1955 in Bregenz, Austria, very close to the Swiss Border. He was appointed General Consul in 1960, just before he retired in 1961.

Carl Lutz was the first Swiss Citizen to be named Righteous Among The Nations by Yad Vashem in 1964. He was granted the Order of Merit of the Republic of Germany and nominated three times for the Nobel Peace Prize, one of which by the President of Israel.

In 2021, Geneva paid tribute to him with an exhibition opened by the United Nations High Commissioner for Human Rights, while the United States dedicated the main room of its Embassy in Budapest to him.

The magnitude of Carl Lutz’s rescue is often misrepresented, with excessive estimates taken from a letter written in 1948 by Mihaly Salamon (62’000 souls). These figures are a personal estimate that is not documented. It is considered unreliable by several leading historians, and considered false by the Grossmann family, whose grandfather ran the Glass House, and by Lutz’s, including our Honorary President Agnes Hirschi. The reality is probably lower than this estimate. In the absence of precise figures, it is more accurate to say that Carl Lutz saved “many thousands of people”. 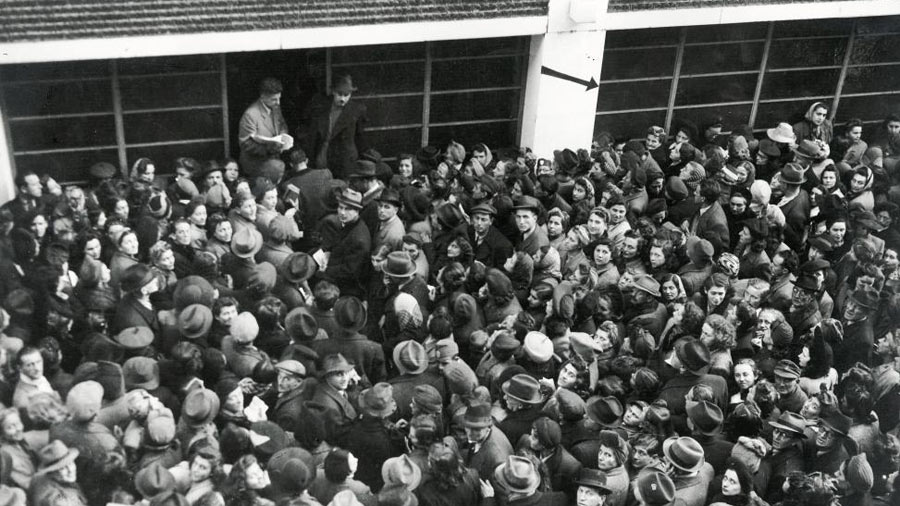 Today, the thousands of families saved by the Swiss Legation live in Hungary and throughout Europe, in Switzerland, Israel and the United States.